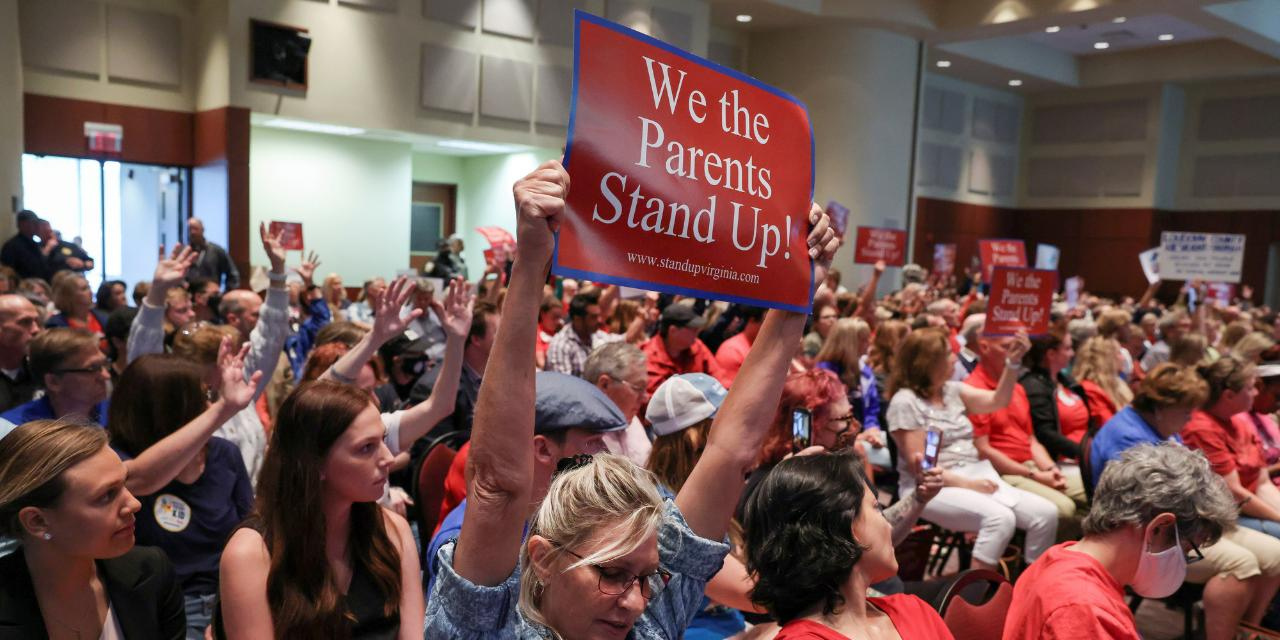 School board meetings across the country have become contentious as parents push back on many areas of concern, including books and lessons with inappropriate sexual content, “transgender” policies that affect student privacy and safety, and radical ideologies such as critical race theory (CRT). School board members have shut down meetings, kicked out parents and called police to remove citizens.

As a result, the National School Boards Association (NSBA) sent a letter to the president asking for “federal assistance to stop threats and acts of violence against public schoolchildren, public school board members, and other public school district officials and educators.”

The letter said that “many public school officials are also facing physical threats because of propaganda purporting the false inclusion of critical race theory within classroom instruction and curricula.”

“False inclusion”? Despite denials by teachers unions and other left-leaning groups, we’ve written numerous times at The Daily Citizen about the inclusion of CRT concepts in the classroom – and vows by teachers unions to continue teaching this Marxist-based ideology. It’s important to also know that CRT tenets are imbedded in widely-used curriculums and resources such as The New York Times’ 1619 Project, BLM at School and The Zinn Education Project.

The request from NSBA led U.S. Attorney General Merrick Garland to send a memorandum to the FBI and U.S. Attorneys, directing them to convene meetings to address threats against school administrators, teachers, staff and board members and to create a system for reporting, assessing and responding to threats.

In a press release, the DOJ also said that it would “create specialized training and guidance for local school boards and school administrators” to help them “understand the type of behavior that constitutes threats, how to report threatening conduct to the appropriate law enforcement agencies, and how to capture and preserve evidence of threatening conduct to aid in the investigation and prosecution of these crimes.”

The announcement also gave the number of the FBI’s national tip line (1-800-CALL-FBI) and online website where threats of violence can be reported.

Over at The Daily Signal, Mike Howell and GianCarlo Canaparo reported that there was no evidence for a “rise in criminal conduct” against school officials, as Garland asserted. They also explained that the NSBA’s claims about increased threats and violence were false too, saying the organization “managed to find only one example of violence against a school official (likely a security guard), which was handled by local law enforcement.”

They wrote, “Most of the letter is the National School Boards Association clutching its pearls, aghast that justifiably angry parents are zealously advocating for their children’s interest.”

Indeed. The letter said that parents’ actions “could be the equivalent to a form of domestic terrorism and hate crimes.”

Howell and Canaparo also stated, “Garland’s memo fails to cite any basis for law enforcement action by the DOJ or the FBI, but it hides that with a morass of official language that says nothing more than that federal law enforcement will provide some advice to local school boards.”

Fox News reported that many were upset with Merrick’s action, calling it a threat to free speech. Ian Prior, former spokesperson for the DOJ, said, “For the attorney general to put out something like this with such a chilling effect on the First Amendment rights of parents who are just fighting for their kids’ education is absolutely insane.”

Prior said that a parent saying “something like, ‘we are going to end your political career’” could be viewed as a threat – when the parent is simply planning to use the electoral process to hold board members accountable.

Focus on the Family advocates strongly for parental rights in education, encouraging parents to know what their children are taught – and take appropriate action if they are introduced to unsuitable or radical materials that undermine a family’s faith and values.

While parents may get angry, we also encourage them to respond to teachers, school administrators and school board members with truth and respect. It’s possible to be passionate about an issue and protect your children without attacking or threatening others.

Our free resource, Back To School For Parents: A busy parent’s guide to what’s happening in your children’s classrooms and practical steps you can take to protect them, helps parents – and other concerned citizens – discover what’s happening in schools, explains children’s and parent’s rights and offers suggestions about how to respectfully advocate on behalf of children.