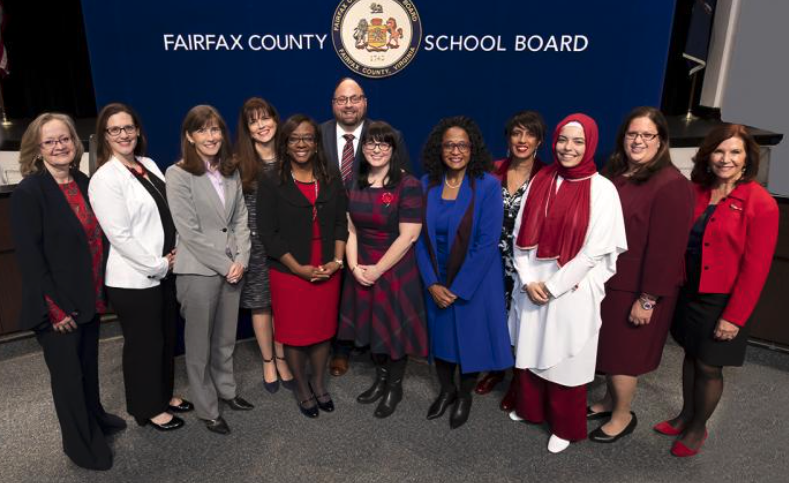 Parents in Fairfax, Virginia are strongly pushing back against the Fairfax County School Board, which recently adopted a policy to punish students who “maliciously misgender” other students.

The school board recently approved changes to the Students Rights and Responsibilities handbook which permits school officials to suspend students as young as fourth grade for “maliciously misgendering” or “deadnaming” their peers, according to Fox News.

“Misgendering” is a term used by gender ideologues to describe someone using a person’s biologically based pronouns, rather than their “preferred pronouns.”

And the term “deadnaming” refers to someone using a person’s original given name after the individual declares themselves to be “transgender.”

However, it’s important at this point to note that the term “misgendering” is based on a lie. It’s based on a false premise.

When a person decides to use someone’s biologically based pronouns, rather than their “preferred ones,” they are not misgendering the individual.

They are using the correct pronouns that align with the individual’s biology.

That’s not “misgendering.” It’s “correctly gendering.” And “misgendering” and “deadnaming” are simply nonsensical accusations against anyone who refuses to swallow the new gender ideology.

But that hasn’t stop left wing, radical school officials, like those on the Fairfax County School Board, from trying to indoctrinate students into radical gender theory.

“What’s most concerning to me is the punishments,” Tyler Ohta, founder of Moms for American Values, told Fox News.

“They are talking about potentially giving suspensions to children as young as fourth grade … So to hold little children culpable, responsible, for someone else’s personal decision, compelling their speech at such a young age. It’s a very dangerous path that we’re going down and we need to defend our free speech and our religious beliefs,” she added.

“We want to make sure the school board realizes that they are trampling on the rights of our children by compelling them to speech and punishing them if they do not abide by that regulation,” another parent, Linda, said.

In response, the school board issued a generic, inadequate response filled with the lefty buzzwords.

“Fairfax County Public Schools firmly believes that every student has a right to be respected,” a spokesperson for the school board said. “Our Student Rights and Responsibilities ensure that all students at FCPS feel welcome and safe in their learning environment. No student should ever have to be faced with persistent and deliberate bullying or harassment once they enter our schools.”

Last year, it was the Fairfax County School Board that chose to keep two books that contain graphic, sexually explicit content in Fairfax school libraries: Gender Queer and Lawn Boy.

It’s tragic and maddening that as a result of leftist activists on the Fairfax school board, young children may be inculcated into false and antiscientific gender ideology.

And sometimes, it falls to Christians to call out lies for what they are.

And it’s wrong to teach these false ideas to young and impressionable children.

Photo from Fairfax County School Board.