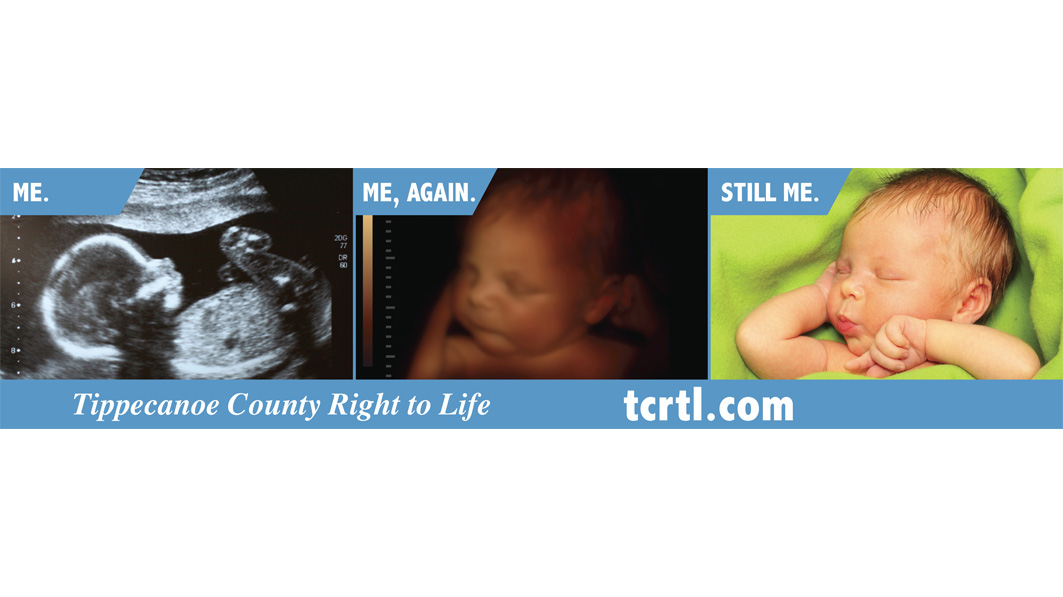 CityBus, a government-owned bus system in Lafayette, Indiana, has decided, in the face of a First Amendment lawsuit brought against it from a local pro-life organization, to reverse its decision rejecting a pro-life bus ad from the group. The ad depicts two ultrasound images and a newborn photo, with the words “Me”, “Me, again,” and “Still me.” The bus system rejected the ad for being “political” even though the bus company had allowed political ads before this. (And why are ultrasound and newborn photos deemed “political” anyway? That seems like a stretch.)

The Tippecanoe County Right to Life (TPRTL) organization is behind the ads. Its attorneys at Alliance Defending Freedom (ADF) initiated a lawsuit against the government bus system claiming that the rejection of the ad constituted a free speech violation known as “viewpoint discrimination.” Generally speaking, as a government entity you can determine which categories of speech you will permit in a forum such as a bus ad, so long as you apply the policy fairly. But when you discriminate within those categories to allow one message but reject another because of the content of the message, you’ve crossed a First Amendment line into “viewpoint discrimination.”

Apparently CityBus realized their error at some point during the course of the litigation, because the voluntary settlement it reached with ADF and TRTL includes a promise by CityBus to run TRTL’s ad for up to 16 months, and a statement that it has revised its policies concerning the evaluation of proposed bus ads.