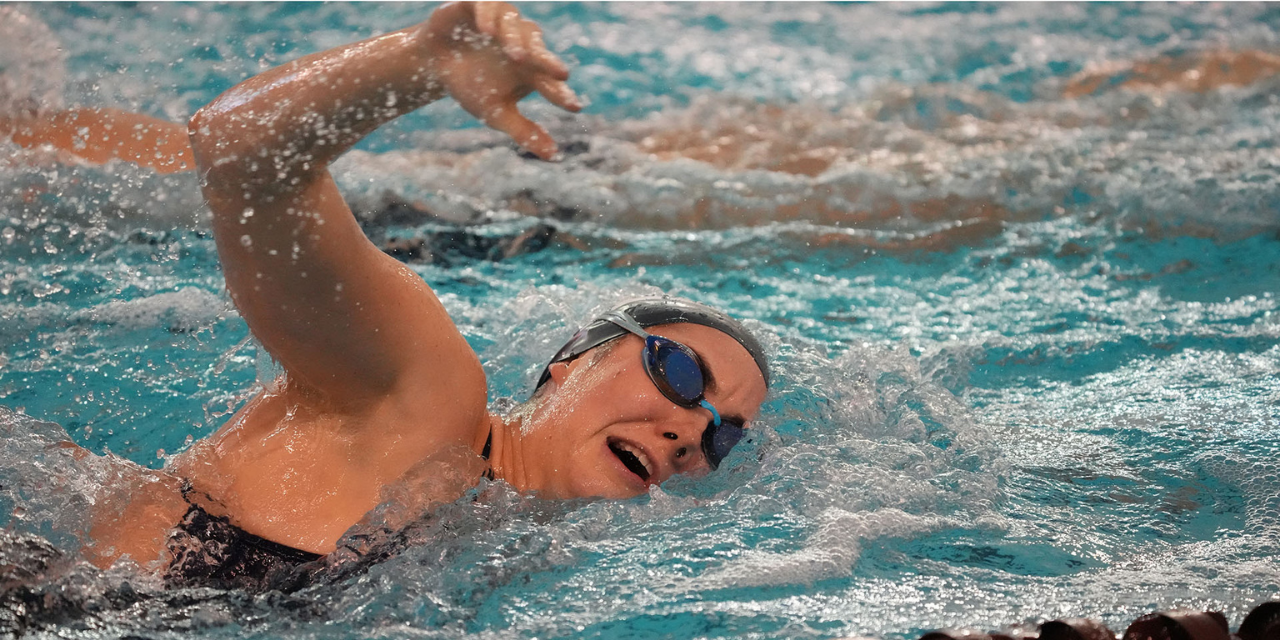 Confused much? We were, too, when we first read the headlines. Here’s the story.

Will Thomas, who now believes he’s a woman named Lia Thomas, was born male and competed for the University of Pennsylvania men’s swimming team for three years. After taking a year off to go on testosterone suppressants and, presumably, female hormones, Thomas began competing for the women’s team.

Henig swims for the Yale women’s team, but she is delaying taking testosterone so she can continue to compete as a woman. According to The Daily Mail, “After the race, Henig, who has had surgery to remove his breasts, pulled down the top of his swimsuit, shocking some parents at the meet.”

Henig’s chest shows long horizontal scars from having a double mastectomy, and she has posed wearing a male speedo.

Some UPenn parents and athletes are speaking out against allowing Thomas to compete as a female. Outkick, a conservative sports outlet owned by Fox Corporation, quoted one female swimmer who said, “Pretty much everyone individually has spoken to our coaches about not liking this. Our coach [Mike Schnur] just really likes winning. He’s like most coaches. I think secretly everyone just knows it’s the wrong thing to do.”

Of Thomas’ year of testosterone suppression, the female athlete added, “One year doesn’t mean anything. What about the years of puberty as a male, the male growth you went through as a man?”

Parents of 10 swimmers sent a letter to the NCAA, The Ivy League and UPenn, demanding they change their policies about athletes competing on opposite sex teams. Those groups have all doubled down on allowing “transgender” athletes to compete as the opposite sex.

The letter said, “At stake here is the integrity of women’s sports. The precedent being set – one in which women do not have a protected and equitable space to compete – is a direct threat to female athletes in every sport.”

USA Swimming official Cynthia Millen resigned in protest of the policy allowing someone born male to compete as a woman. On Fox News’ Tucker Carlson Tonight she said, “The fact is that swimming is a sport in which bodies compete against bodies. Identities do not compete against identities.”

“It’s horrible,” she said, adding, “The statement for women then is ‘you do not matter, what you do is not important,’ and little girls are going to be thrown under the bus by all of this.”

Some transgender activists and their allies will argue that males who think they are females don’t always win – as evidenced by Thomas’ two losses over the weekend (one as part of a relay team).

That argument misses the point. Of course not every male-bodied athlete will always beat every female-bodied athlete. But in general, when a male has gone through puberty, he will have significant athletic advantages, as Millen said.

And it’s not just victories that matter. Thomas is taking opportunities to compete for UPenn from real women.

As for Henig, who believes that she is a man, there’s a reason she’s not taking testosterone and competing as male: Testosterone alone doesn’t give her a male body. It will lower her voice, cause facial hair to grow and may lead to male pattern balding – along with creating considerable health risks, but it doesn’t undo her feminine puberty and change her into a man.

Because of male-female differences, she would be at a distinct disadvantage against male Ivy League swimmers.

Both Thomas and Henig deserve our compassion – and our prayer. We know that God does heal and bring sexually confused individuals into His wholeness and life.

Focus on the Family Transgender Resources

Focus on the Family Broadcasts: