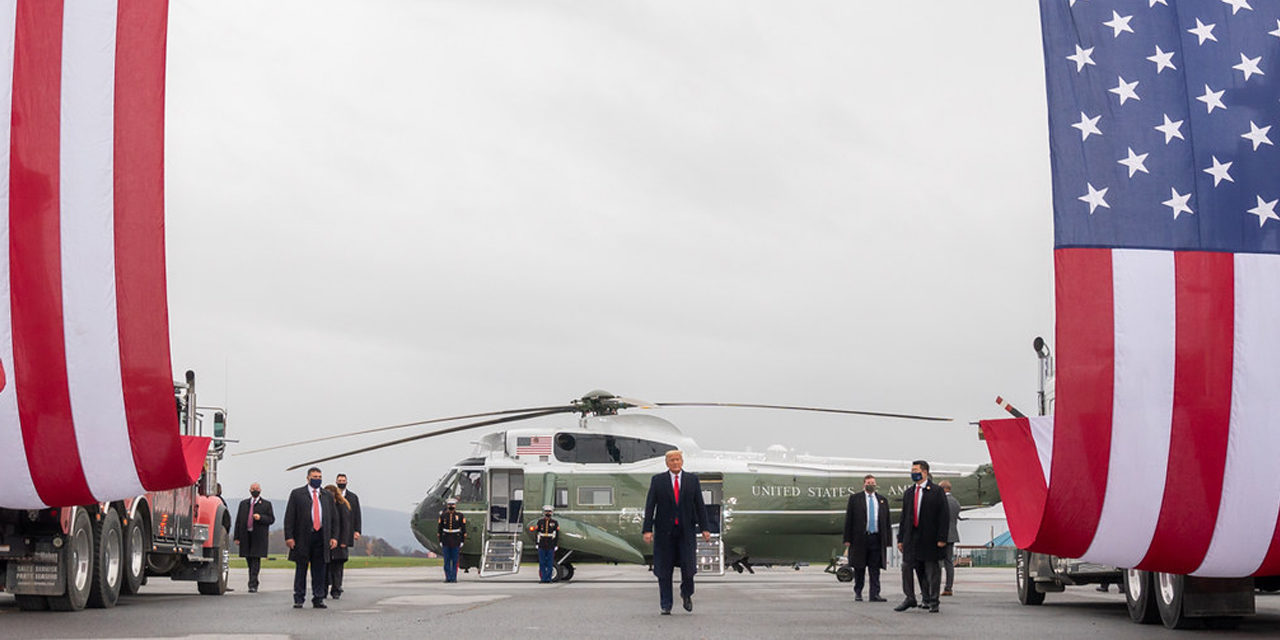 President Trump has taken the lead over former Vice President Joe Biden in Florida and Pennsylvania, according to recent polls released one week before Election Day.

In Florida, according to the Real Clear Politics average of polls, Donald Trump currently leads Biden by 0.4%. The last time the president had a lead in the average was on April 4, 2020.

And in Pennsylvania, the two most recent polls of the state have the president slightly ahead. Donald Trump has never had a lead in the Real Clear Politics average in the state.

The Trafalgar Group, in its two previous polls of Pennsylvania, had Biden up by 5% and 2%. The polling group now has President Trump slightly ahead with 48.4% of the vote compared to Biden’s 47.6%.

In 2016, the Trafalgar Group was the only pollster to correctly call Pennsylvania for Donald Trump. Its final poll had Trump ahead by 1%, when his actual final margin of victory was 0.7%. The other polls calculated in the final Real Clear Politics average ranged from a tie to a six-point win for Hillary Clinton.

Insider Advantage and the Center for American Greatness now also find the president with almost a three-point lead over Joe Biden in Pennsylvania: 48.4 to 45.5.

Of note, Insider Advantage had Biden leading in The Keystone State by 3% two weeks ago.

A recent piece in The Hill argued that Florida and Pennsylvania “hold keys to victory.”

If President Trump “can repeat his 2016 victories in those two large swing states, he would have a strong chance of reelection,” The Hill reports. “If Trump were to carry both Florida and Pennsylvania, he could afford to lose Wisconsin and Michigan yet still win a second term — so long as he repeated his victories in the other states he won in 2016.”

Florida and Pennsylvania hold 29 and 20 Electoral College votes respectively; added together they make up 49 votes which is 18% of the votes needed (270) for a candidate to win the White House.

Former Vice President Joe Biden is currently ahead in a few other key swing states, including Arizona, Michigan and Wisconsin.

In Arizona, Biden is ahead of Trump by an average of 2.2%.

In Michigan, the former vice president is ahead by a large margin of 8.6% while in Wisconsin, he’s ahead by 6.4% on average.

Once more, nearly every pollster and political pundit is predicting a Trump defeat.

We will find out if they are right in just six days.