Ronald Reagan, GE and the Company that Brought Good Things to Life 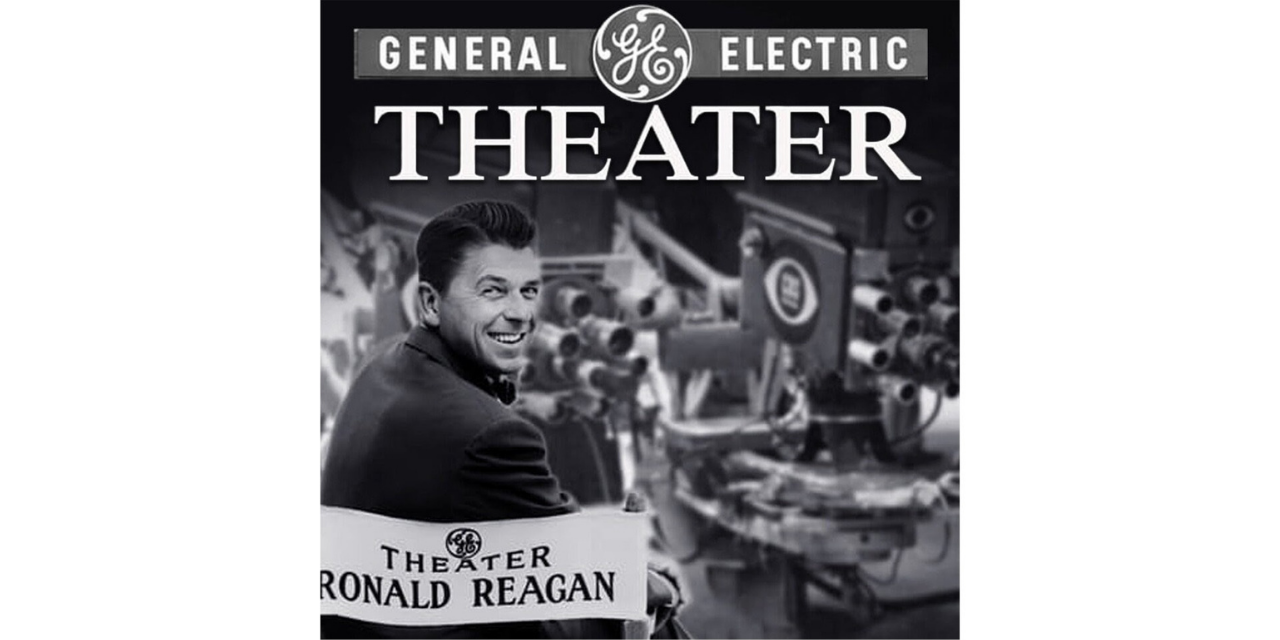 It’s an old adage that nothing lasts forever, even blue-chip companies dating back 129 years that once employed hundreds of thousands of people and whose products and services became part of almost every American life and household.

It was announced this week that General Electric – whose founding involved Thomas Edison and the legendary financier J. Pierpont Morgan – is breaking up into three separate companies. The one-time manufacturing behemoth will spin off into three business – power, aviation and healthcare.

According to Scott Davis, chief executive of Melius Research, “G.E. got caught in the past – and now it’s the end, it’s over.”

Company executives and Wall Street analysts may quibble over what brought G.E. to this decision and why – but there is no denying that the company played an oversized role in American life, and in ways far beyond its production of light bulbs, toasters and television sets.

That’s because in 1954, General Electric hired Ronald Reagan, a fledgling Hollywood actor whom some believed was past his prime. At the time, Mr. Reagan was a Democrat. In fact, he called himself “A New Dealer to the core” – a reference to President Franklin Roosevelt’s controversial policies that most critics believed were socialistic in nature.

Ronald Reagan was brought on to serve as host of “General Electric Theater” – a thirty-minute weekly television program featuring a wide range of stories that included such notable entertainers, actors and actresses as Fred Astaire, Jack Benny, Judy Garland, Michael Landon and Art Linkletter. One episode even featured James Dean threatening to shoot a doctor, who was played by Ronald Reagan.

Of course, General Electric Theater was a public relations tool used by the company to sell merchandise and impress upon its audience the wide array of products and services available for purchase. As chief spokesperson for the company, Mr. Reagan crisscrossed the country making appearances and giving inspirational speeches.

As a result of his association and inside relationship with the corporation and ordinary Americans out on the “mashed potato circuit,” Reagan’s political perspectives began to shift from liberal to conservative. He would eventually call his time with G.E his “post-graduate education in political science.” It made him revisit beliefs he took for granted. He came to appreciate that taxes were too high and government was controlling too much. Labor unions, he came to believe, served the interests of the union bosses, not  the line workers or the general public. Private enterprise, he now contended, held the most promise to solve the country’s biggest problems.

In 1959, Ronald Reagan gave a stirring speech to G.E. brass at the Waldorf Astoria titled, “Business, Ballots, and Bureaus.” It would turn out to be the forerunner to what would become his famous “A Time for Choosing” message that catapulted the former actor into the national spotlight during the 1964 presidential campaign.

By the millions, Americans tuned in to watch General Electric Theater and in doing so, welcomed Ronald Reagan into their homes. There are some who contend affinity for the future president and his ideas was so high that pressure was put on G.E. leadership from people within the Kennedy administration to fire him out of fear he would ultimately threaten the Democrat party. Others dispute such a claim, but his contract was not renewed after 1962.

Nevertheless, Reagan’s star was rising, and there would be no stopping him. G.E. may not have entirely made Ronald Reagan – but it undoubtedly and irrefutably provided him with the platform to take the next step in his storied and celebrated career.

Like the famous slogan of the company he once so proudly represented, Ronald Reagan brought good things to life. As president of the United States, he used the bully pulpit to champion the sanctity of life, lift up the family, defend religious freedom, help restore America’s standing in the world and infuse a generation with a patriotic fervor not seen in many years.