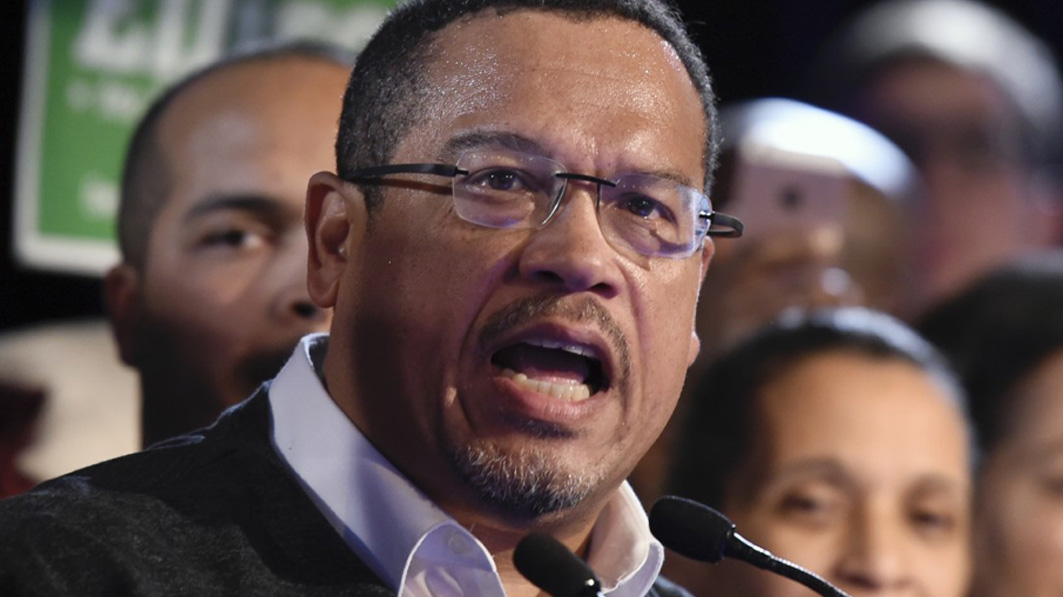 Back in August, The Daily Citizen covered the story of Carl and Angel Larsen, the couple who owns Telescope Media Group in Minnesota. To recap, the Larsens own a video production company specifically dedicated to filming weddings and promoting traditional marriage. Yet, a Minnesota law forces them to film and positively feature same-sex weddings if they do so for traditional weddings.

To combat this law, the Larsens sued. After initially losing at the U.S. District Court level, the 8th U.S. Circuit Court of Appeals handed them a victory for their freedom of speech and religious freedom, allowing them to operate their business according to their faith.

But the Left seemingly never stops in its pursuit to run Christians out of business. Now, after the Larsen’s win, Minnesota Attorney General Keith Ellison wrote an op-ed for the Star-Tribune vowing to continue pursuing legal action against the Larsens.

First, he accuses them of discrimination. Ellison writes, “Last month, the federal appeals court for the Eighth Circuit — in a divided 2-1 ruling with a strong dissent — ruled that, in at least one narrow, hypothetical case, a business in Minnesota that offers services to the general public can use the owners’ personal beliefs to discriminate against same-sex couples.” To address Ellison’s point, the Larsens do not discriminate against same-sex couples. They simply choose what messages they wish to express, and those they do not. The goal of their business is to highlight the beauty of God’s gift of marriage between a man and a woman. Communicating a positive message about same-sex marriage would create a completely different message, one the Larsens believe would force them to promote a sin.

Ellison goes on to make the two-faced claim that he does not wish to restrict the Larsens’ religious beliefs, only their actions. Ellison wrote, “The Minnesota Human Rights Act doesn’t tell people what they can believe. No law can — that’s fully protected for every American under the First Amendment to the U.S. Constitution. The law just says that if someone offers a service to the general public, they have to offer it to everyone.” The implication here is that the Larsens have a right to believe what they want, as long as they don’t actually act on what they believe. That’s absurd.

The Eighth Circuit opinion addressed that contention. The court said, “Minnesota’s position is that it is regulating the Larsens’ conduct, not their speech. To be sure, producing a video requires several actions that, individually, might be mere conduct: positioning a camera, setting up microphones, and clicking and dragging files on a computer screen. But what matters for our analysis is that these activities come together to produce finished videos that are ‘medi[a] for the communication of ideas.’” In other words, Attorney General Ellison is attempting to influence the Larsens’ speech, beliefs and actions, no matter how much he may try to deny it.

In the past, several Supreme Court justices have emphasized that it is unwise for the government to try to distinguish between regulating religious belief and religious conduct. In the court case Trinity Lutheran Church v. Comer, Justice Neil Gorsuch wrote, “The court leaves open the possibility a useful distinction might be drawn between laws that discriminate on the basis of religious status and religious use. I harbor doubts about the stability of such a line. Does a religious man say grace before dinner? Or does a man begin his meal in a religious manner? Is it a religious group that built the playground? Or did a group build the playground so it might be used to advance a religious mission?”

Justice Gorsuch then went on to explain how the First Amendment protects both a person’s religious belief and their religious conduct. “The first Amendment’s Free Exercise Clause guarantees the free exercise of religion, not just the right to inward belief (or status).”

Alliance Defending Freedom, which is representing the Larsens in court issued the following statement in response to Ellison’s attacks. “Carl and Angel won a great free speech victory at the Eighth Circuit, which rightly affirmed that the government has no power to force people to express messages that violate their deepest convictions. This principle protects everyone. It means the state can’t threaten the Larsens with jail time for declining to create a film promoting a view of marriage that violates their religious beliefs. It also prevents the government from forcing an atheist musician to perform at an evangelical church service or a Democratic speech writer to write speeches for a Republican.”

The statement continued, “Carl and Angel are pleased that they will soon be able to enter the marriage industry and produce films that are consistent with their beliefs. We look forward to securing a final victory that prevents the state from using its power to banish people of faith from the public square.”

Notably, Ellison said he would not appeal the case to the U.S. Supreme Court, since its current composition means he would likely lose. Instead, he decided to take the case back down to the district court level for additional fact-finding.

It’s unfortunate Minnesotans have an Attorney General determined to run roughshod over their constitutional rights. Thankfully, the Eight Circuit stopped him from doing so in the past. Let’s hope they do so again.

The fight for religious freedom and the freedom of speech continues in Minnesota and across the country. As this case progresses, let’s be thankful we have a Constitution that protects both.