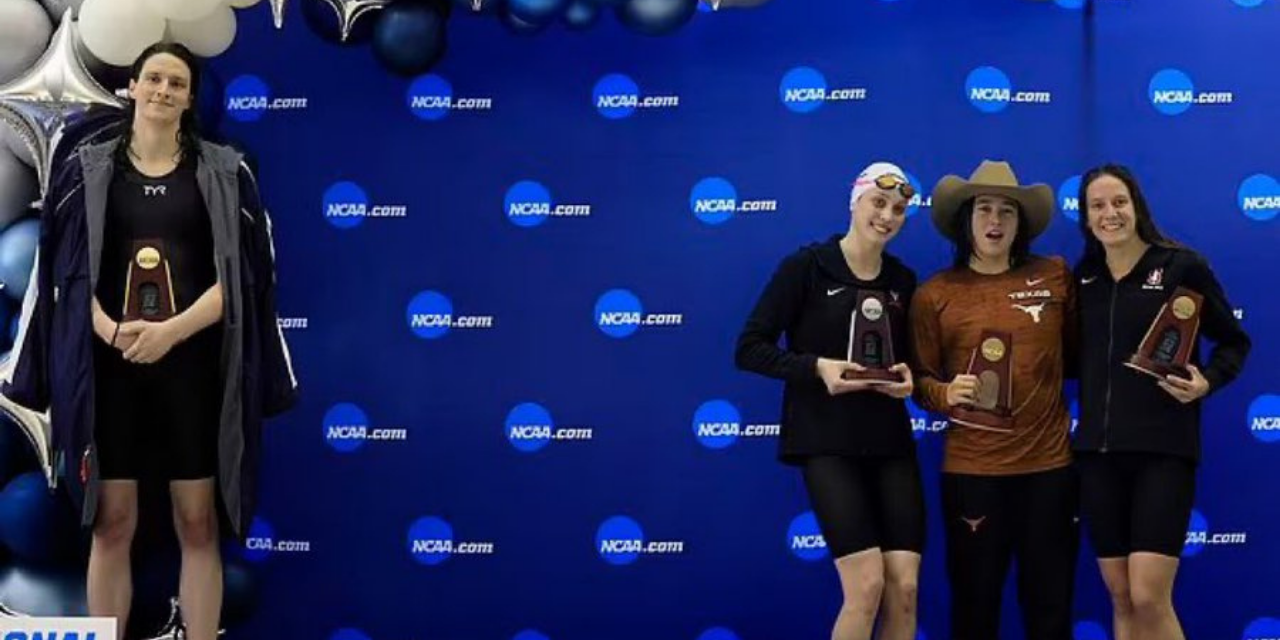 Congratulations to Emma Weyant, who touched in with a time of 4:34.99 in the NCAA Division I Women’s Swimming 500-yard freestyle championship race. The event took place on the second day of the championships, March 17, 2022, and Weyant swam a career best, shaving more than 2 seconds off her time.

Weyant, a freshman from the University of Virginia, was a 2020 Olympic silver medalist in the women’s 400-meter individual medley (IM – butterfly, backstroke, breaststroke and freestyle). She goes into the NCAA 400-yard IM finals on Friday with the second-best qualifying time, behind teammate Alex Walsh.

She was followed by Erica Sullivan, another freshman, from the University of Texas, who touched the wall with a time of 4:35.92. Sullivan was also a 2020 Olympian, earning a silver medal in the 1,500-meter freestyle. She was the Big 12’s Championship Newcomer of the Meet in this year’s women’s swimming and diving.

Right behind Weyant and Sullivan was Brooke Ford, a fifth-year senior from Stanford. The four-time national champion, who took a silver medal at the 2020 Olympics in the 800-meter freestyle relay, touched in at 4:36.19.

We applaud each of them.

Sadly, however, these women took the “second, third and fourth” places at the NCAA Championships.

But many in the media and on social media are calling them the real winners in the race. They were out-touched by Lia Thomas – a biological male who takes testosterone suppressants and female hormones – which did nothing to even the field. He was awarded first place in the 500-yard freestyle race.

The above photo shows the three female placers, Weyant, Sullivan and Ford on the right, with Thomas standing alone on the left.

Round of applause for Emma Weyant, the UVA swimmer who placed second in the 500y freestyle tonight, behind Lia Thomas. Second is the new first. #savewomenssports pic.twitter.com/NtHookm3qQ

Kimberly Ross, opinion writer at the Washington Examiner, tweeted, “The Erasure of women continues. What a thing to celebrate during Women’s History.” In another tweet, she applauded Emma Weyant:

Congratulations to Emma Weyant for being the best female swimmer in the 500y freestyle.

Katy Faust is founder and director of Them Before Us, a global movement defending children’s right to their mother and father. As she explains in her book, Them Before Us, Faust believes that marriage is the union of a husband and wife, that biological connections matter to children, and that male-female differences are real – and important.

Second is the new first until more men realize they can be an instant champion by competing against women. Then third, fourth…tenth, will be the new first. Until there are no women left. https://t.co/yLYyIq4onc

The Christian satire site The Babylon Bee summed up where America is – unless more of us speak the truth on this issue and our “woke” cultural leaders really wake up, tweeting:

Congratulations to Emma for her finish, and we wish her well as she competes in the 400-yard IM championship race, the evening of March 18.

The Rise and Triumph of the Modern Self: Cultural Amnesia, Expressive Individualism, and the Road to Sexual Revolution, by Carl R. Trueman